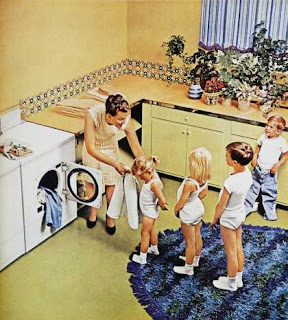 Just as a clothes dryer uses warm air to evaporate more easily, so our warming planet is drawing more moisture into the atmosphere. This moisure is leading to more extreme weather.

A report released in March 2012 by the Intergovernmental Panel on Climate Change confirmed that a strong body of evidence links global warming to an increase in heat waves, a rise in episodes of heavy rainfall and other precipitation, and more frequent coastal flooding.

We're lurching from one weather extreme to another. The United States saw a February freeze followed by record breaking warm Spring weather where farmers are planting six weeks early.  Across Europe, people died by the hundreds during a severe cold wave in the first half of February, but a week later revelers in Paris were strolling down the Champs-Élysées in their shirt-sleeves. Australia has gone from a 10 year drought to record breaking floods.

Scientists say that the loss of Arctic ice is part of the story.


The question really is not whether the loss of the sea ice can be affecting the atmospheric circulation on a large scale, the question is, how can it not be, and what are the mechanisms?


Thomas C. Peterson, a researcher with the National Oceanic and Atmospheric Administration, used the clothes dryer analogy in this NYT article.
Posted by Gillian King at 10:51 AM No comments:

Email ThisBlogThis!Share to TwitterShare to FacebookShare to Pinterest
Labels: arctic, climate change, clothes dryer, extreme weather, moisture
Older Posts Home
Subscribe to: Posts (Atom)
Living in the harbour city where the bridge is the 'coathanger' and a blocky new harbourside building was dubbed the 'toaster', I know the power of a visual metaphor.