You've got to dance with the one who brung ya... 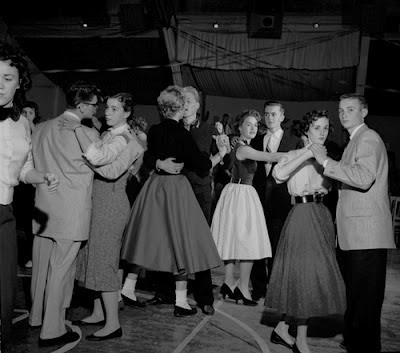 "Dance with the one who brung ya" is a social rule that underpins respect and civil society. It's about keeping your word, doing unto others as you would be done by, and playing the hand you are dealt.

It's a bulwark against the temptation to use others in cynical and selfish ways. And it's a warning against denial or pretence. It's a reality check.

This came to mind as we were talking about the world our grandchildren will live in. All the serious messages tell us that without immediate efforts on a war-footing scale, the world will be a mess in 30-40 years time.


Have you looked in the eyes of a climate scientist lately? They look really scared.

But even after reading these warnings on a daily basis, I find it hard to grasp, really hold as a concrete fact, that temperatures 6C hotter by 2100 will mean the end of civilisation as we know it. Mr. Six Degrees is the boy who will ask our grandaughters to dance.

Without action to reduce carbon emissions, we are guaranteeing that our grandaughters will have to say "Yes" to Mr Six Degrees. They will HAVE to dance with him, though they'd much rather dance with the cute guy from the Chemistry class, or giggle with their girlfriends.

If we want our grandaughters to go to the dance with the cute guy from the Chemistry class, we have to do everything to get governments onto a war footing to reduce greenhouse gas emissions. 80% reduction by 2050 isn't going to happen by itself.

Of course, our grandaughters, those who survive the floods, droughts, wildfires, and collapsing food systems, will find the inner fortitude to dance with Mr Six Degrees. They will probably do it without the benefit of civil society because who can see that surviving the Climate Wars?

Check the Take Action tab for things you can do to prompt your government to take stronger action.

FOOTNOTE: George Monbiot uses the same metaphor (Dance with the one who brung you) in August 2012 to castigate US political funding that makes politicians shape policies for the fossil fuel companies that funded their campaigns.

Latest from the Transformation tab.

United Kingdom’s wind industry switched on the world’s largest offshore wind farm, the Walney wind farm. It comprises 102 turbines and has an electricity generation capacity of 367 MW, enough to provide power for about 320,000 homes. It will be soon be surpassed by larger ones, such as the 388-MW West of Duddon Sands project and the whopping 630-MW London Array. Source: BusinessGreen.

Posted by Gillian King at 6:18 PM No comments:

Email ThisBlogThis!Share to TwitterShare to FacebookShare to Pinterest
Labels: climate-scientist, dance, six-degrees
Older Posts Home
Subscribe to: Posts (Atom)
Living in the harbour city where the bridge is the 'coathanger' and a blocky new harbourside building was dubbed the 'toaster', I know the power of a visual metaphor.