A life tenancy with a full repairing lease


In Britain, many commercial premises are let on leases that require the tenant to pay for routine property maintenance. This is called a "full repairing lease".


I remember saying in my Royal Society speech that we had a full repairing lease on this Earth. With the work done by the Inter-Governmental Panel on Climate Change, we can now say that we have the Surveyor's Report and it shows that there are faults and that the repair work needs to start without delay. The problems do not lie in the future—they are here and now—and it is our children and grandchildren, who are already growing up, who will be affected.


These are Margaret Thatcher's words when opening the Hadley Centre for Climate Prediction and Research in 1990.

As Margaret Thatcher pointed out, we don't own the earth, we are tenants who are responsible for its upkeep.

Like old buildings, the Earth doesn't negotiate about the work that needs doing.  If the roof leaks, you fix it or take the consequences.


Treat the earth well: it was not given to you by your parents, it was loaned to you by your children. We do not inherit the Earth from our Ancestors, we borrow it from our Children.


Peter Sinclair allowed Margaret Thatcher to do the talking in this video (10 mins) that critiques the  Heartland Institute's "Murderers, tyrands and madmen" billboard and shows that Heartland has positioned itself at the extreme right. No wonder their sponsors are leaving them in droves.

Posted by Gillian King at 10:51 AM No comments:

Mother nature does not negotiate 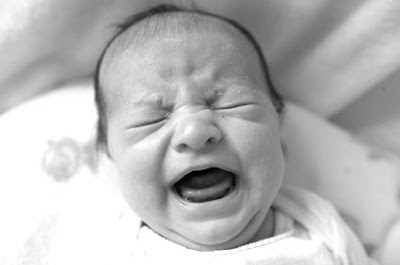 My garden is like that too. If I don't water it, the plants die.

It's true for the whole biosphere. We live by nature's rules, she doesn't live by ours. The notion of 'conquering nature' is as ridiculous as an earth-centred solar system.

We have learnt to give up the idea that the sun goes around the earth, but we haven't given up the notion that our relationship with the earth is negotiable. We imagine we can 'conquer' nature with impunity. We act as though the earth's resources are endless.

Our economies are based on the false notion that we will never come to the end of the earth's resources. Our economies depend on growth. When they stagnate or shink a bit, people get unhappy and governments fall.

Right now, we're at a critical point in history where we are hitting some limits. One is the limit of oil production. World oil production plateaued around 2005 but demand keeps growing and this is sending prices up. By 2014, production is expected to fall short of demand. (Note: see update at end of this piece.)

The other is the limit on the amount of greenhouse gases we can pump into the atmosphere. Scientists say that 450ppm of CO2-e gases in the atmosphere will give us a 50% chance of keeping average global temperature increase down to 2C. Others argue that 450ppm is dangerously high.

Right now, we're at 396 ppm and increasing by almost 2 ppm each year. That gives us about 25 years to shrink our emissions to zero.

Paul Gilding describes our situation as one of unavoidable crisis where a long series of major economic shocks will gradually bring our consumption of resources into balance with the limited supply.

Just as a baby will cry when it is hungry, so these economic shocks signal that something is wrong. Each time we address one of the shocks, we get a clearer picture of another way we are out of step with nature.

For Gilding, the global financial crisis of 2008, the Arab Spring of 2011, and now the Greek debt crisis are evidence that we are in the midst of a system that is breaking down. He warns that we need to give up the idea that these are glitches that can be overcome. We need to start the transition to a different system.

We need to recognise that we can't negotiate with nature.


Unlike human law, the laws of nature can be read, but not redrafted.

There's no borrowing from Nature without repayment. Greece has been negotiating with its banks and they have written off billions of dollars of debt, and still people are rioting in the streets because they don't want to pay.

Nature doesn't care if we riot. Riots are pointless tantrums.  We will have to repay our debts to Nature in full. We will have to live with the full extent of the damage our actions have caused.

Paul Gilding describes these as apocalyptic times. He questions our childish wish to negotiate with Nature and asks:


What do we want to be when we grow up – when humans grow past adolescence? We'll be growing up in war. It's a war for civilisation itself.

Check out his book, The Great Disruption.

UPDATE: 30 July 2012. A report by by Harvard University’s Belfer Centre for Science and International Affairs concludes that oil supply capacity is growing worldwide and might outpace consumption, potentially leading to a glut of overproduction and a dip in oil prices. The report also notes that at prices of $US70/barrel major new oil reserves (like shale oil) have become economic and this is what has added to capacity. In effect, this puts a floor under the price of oil. If oversupply causes prices to drop below $70 a barrel, the more expensive wells will be mothballed till prices rise again.

As many have noted, 'peak oil' is best understood as a pointer to the limits on cheap oil. Oil supply won't suddenly fall of a cliff, instead it will be squeezed by ever-increasing prices as the easy to reach reserves are exhausted and only the more expensive supplies are left.

Those advocating for urgent reductions in greenhouse gas emissions hoped that high oil prices would drive the uptake of renewables. Many will be disappointed to read this report and its suggestion that instead of rapid price increases, the price of oil is likely to move around the $70-90 mark for the next decade.  Source: ClimateSpectator.

Posted by Gillian King at 6:40 AM No comments:

Email ThisBlogThis!Share to TwitterShare to FacebookShare to Pinterest
Labels: 450ppm, baby, earth, futurist, mother-nature, negotiate, paul-gilding, peak oil
Older Posts Home
Subscribe to: Posts (Atom)
Living in the harbour city where the bridge is the 'coathanger' and a blocky new harbourside building was dubbed the 'toaster', I know the power of a visual metaphor.