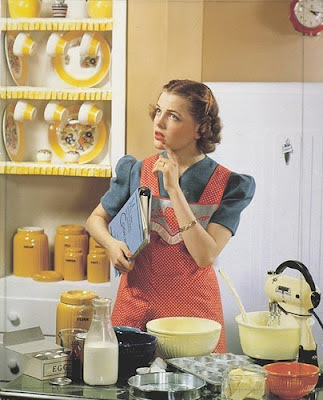 The thought of a dangerously warming planet with a population growing to 10 billion by 2100 has many people worried. How will we cope?


The first and most important impact of climate change on human civilisation will be an acute and permanent crisis of food supply.

Eating regularly is a non-negotiable activity and countries that cannot feed their people are unlikely to be 'reasonable' about it.

People point to the 2011 Arab Spring as evidence that this is already happening.

This adds urgency and purpose to an examination of my own activities. What are my food habits? How do they contribute to climate change and global food prices?

As a food exporter, Australia will be one of the lucky countries, nevertheless food prices at home will be affected by global prices.

A University of Chicago study found that carnivores generate an additional 1.5 tonnes of CO2 per year compared with vegetarians. I know that the world average carbon emissions are 6 tonnes per person per year and that this is too high. Saving of 1.5 tonnes will make a big impact on my personal goal of 5 tonnes.

Our household doesn't eat a lot of meat, but in January we decided to go vegetarian for a month. It was fun and interesting to make vegetables the centrepiece of every meal. In February, meat and fish returned to our dining table, but at a reduced level.

Then in April we learned that a friend has advanced cancer and he adopted an organic vegan diet as part of a plan to boost his immune system. We are providing him with an organic vegan meal every week.

Without the carbon footprint of dairy products, vegan diets have even lower carbon emissions than vegetarian diets. Organic foods avoid chemicals and pesticides, and they are usually grown locally so they have fewer carbon miles.

Where are we now in our household food consumption? I see that we're moving along a trajectory towards a diet with lower carbon emissions. We haven't arrived at a final place, but we're a long way from where we began.

For many people, Meatless Monday, is an easy first step towards healthy eating that also has a lower carbon footprint. Give it a try.

You could try this main meal dish that we ate last night.

1 onion
1/2 eggplant (or other vegetable, this is just what I had on hand)
Garlic (as much as you like, we like a lot)
1/2 cauliflower (or more or less, depends on size)
1 tin chopped tomatoes
Basil (or any combination of basil, oregano, thyme, rosemary, sage)
400-500g short pasta
Olive oil (a good drizzle)
Grated cheese (parmesan or pizza mix, or anything you like)

1. Slice onion and garlic. Chop eggplant. Cook in frypan with a good drizzle of olive oil.
2. Add chopped cauliflower stalks.
3. After a few minutes add the tin of tomatoes and herbs. Cover and cook 10 minutes.
4. Chop the cauliflower in flowerets. Add to pan, cover and cook 10-15 minutes.
5. Cook pasta till al dente. That should take about 10 minutes, so it is ready about the same time as the cauliflower.
6. Serve and sprinkle with cheese. Garnish with olives, if you like.

This dish is nice if there is more cauliflower than pasta. It's not like pasta with a tomato-cauliflower sauce. Cauliflower is the hero of this dish!

Marine reserves. Australia announced the world's largest network of marine reserves that will ring the country and cover more than 3 million square kilometres of waters to protect reefs and marine life. The marine reserves will include key waters such as the Coral Sea and pygmy blue whale habitats off the southern coast of Western Australia. Source: Sydney Morning Herald.

Posted by Gillian King at 11:24 AM No comments:

Email ThisBlogThis!Share to TwitterShare to FacebookShare to Pinterest
Labels: food, meatless-monday, population, solutions, vegetarian
Older Posts Home
Subscribe to: Posts (Atom)
Living in the harbour city where the bridge is the 'coathanger' and a blocky new harbourside building was dubbed the 'toaster', I know the power of a visual metaphor.