Wuthering Heights – love is not a rational activity 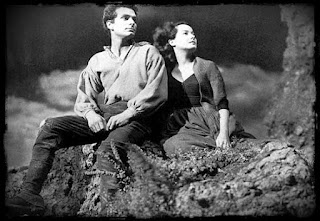 Our enduring love affair with oil means that pain and punishment don't diminish our affection for the beloved. Even catastrophes like the Gulf oil spill haven't dented our passionate dependency on oil.

It's hard to comprehend this kind of irrational behaviour. Science has its logical explanations, but no one has shone a better light on irrational love than Emily Bronte in Wuthering Heights where destructive forces are unleashed when Cathy and Heathcliffe can't be together. This kind of love is a force of nature not to be argued with. It makes absolute sense on an emotional level, and, after all, love is not a rational activity.

It seems that we'll put up with a lot of abuse from oil and still keep loving it, but that is not the case with nuclear. When nuclear treats us badly, we're outa there! Japan closed 50 nuclear power stations after the Fukushima disaster. And half way around the world, Germany pulled the plug on its nuclear plants, closing eight immediately and phasing the remainder out by 2022.

Given the destructive force of carbon emissions, we better hope that our love affair with oil tapers off into a cooler and more pragmatic business relationship, similar to our feelings for nuclear.

If we think back, perhaps we can see some signs that this is happening. Cars have lost their place as fetish objects in popular culture. Increasingly, young people are choosing not to drive at all. In the US, the percentage of people younger than 35 without a driver’s license has risen to 26% in the past decade. 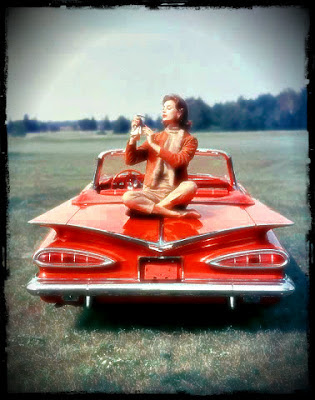 Our new fetish objects are mobile phones, ipods, ipads and e-books. They are all powered by electricity.

Perhaps we see emerging signs of love for renewables in growing affection for solar power, the teddy bear of renewables, and appreciation of wind generators for their majestic beauty.

Let's hope this early affection flowers into full blown obsessive passion—a Cathy and Heathcliffe kind of love that let's nothing get in the way.

Kate Bush captured the wild irrationality of Cathy-and-Heathcliffe love in her song, Wuthering Heights. Check out this fabulous version by Hayley Westenra who can really sing!

India takes up solar power. Karnataka Renewable Energy Development Ltd. (KREDL) has embarked upon a Public-Private-Partnersip project for a 1000 hectare solar park at Mannur village in Bijapur. KREDL has already commenced projects to generate 80 MW of solar power in Bijapur and Gulbarga districts, and is working on increasing solar power generation by 40 MW every year.

Posted by Unknown at 9:59 AM No comments:

Apollo and Neptune are growing tomatoes 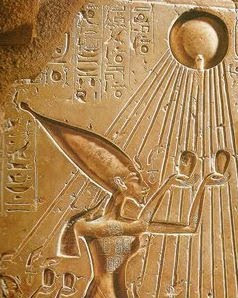 As societies turn away from fossil fuels towards renewables will the dark carbon gods of coal and oil give way to mankind's original gods of sun, wind and water? Will we see a shift in cultural practice?

Already, we see beauty in solar installations like Gemasolar, near Seville in Spain, where the layout of the mirror array is guided by the patterns of seeds in sunflower heads. 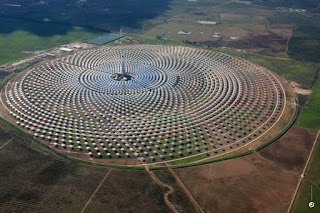 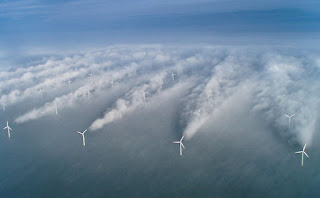 New technology can be very techie, but as I have discussed, renewables are very lovable.

What's not to love in this new farming system that uses solar power to desalinate water and produce greenhouse crops in the desert. Sundrop Farms have developed the technology that uses trough mirrors to heat oil that boils sea water to run turbines to generate electricity. It also desalinates the water. The electricity, heat and water are used in greenhouses to grow vegetables. In 2010-2011 Sundrop trialed the high-tech system in the desert near Port Augusta. The trials went very well and in 2012 they will expand  to have 8 hectares under greenhouses.

You can take a site visit –

The cool language of technology needs to meet the life-affirming language of love.  Surely the capacity to grow nourishing food in the desert is nothing short of miraculous?

Where is our sense of wonder? Apollo and Neptune have joined forces to grow tomatoes in the desert of South Australia.

Email ThisBlogThis!Share to TwitterShare to FacebookShare to Pinterest
Labels: apollo, clean energy, farming, fossil fuel, gods, neptune, port-augusta, renewables, sun, sundrop, water, wind
Older Posts Home
Subscribe to: Posts (Atom)
Living in the harbour city where the bridge is the 'coathanger' and a blocky new harbourside building was dubbed the 'toaster', I know the power of a visual metaphor.