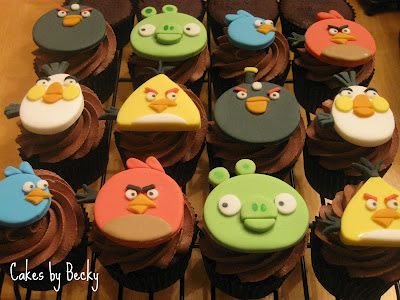 Like half the planet, I love Angry Birds. Apart from the intricate challenges of figuring out trajectories and new strategies, the game taps into a brutal and primal delight in the fierce battle for survival. Playing it on the train without the sound effects almost misses the point.

The battle between the birds and pigs fits one of the great archetypes of human experience. The birds face a life-or-death challenge to save future generations by reclaiming the eggs stolen by the pigs. It tells the same survival story as Homer's Odyssey,  the Mahabharata, and the legends of King Arthur.

In the past year, climate change advocates have become less like ivory tower academics and more like Angry Birds. More than anyone else, they know that the battle for minds over climate change is a battle for the future of human society.

After decades of political shilly-shallying, climate change advocates are getting impatient and angry. They're dropping the political niceties and calling it like they see it.


Global warming isn’t a prediction. It is happening. That is why I was so troubled to read a recent interview with President Obama in Rolling Stone in which he said that Canada would exploit the oil in its vast tar sands reserves “regardless of what we do.”

If Canada proceeds, and we do nothing, it will be game over for the climate.


KC Golden takes him to task for the sporting metaphor "game over" and  comments on the seriousness of climate disruption as the great survival story of the generation, and possibly of the species.


It’s no game, and it is never over.  Whatever you do now to improve the situation is crap I don’t have to shovel later.  So quit crying in your beer and DO STUFF.

Get in the game Dadddyyy, ’cause when it’s “over” for you, it’s on for me.

Hansen and Golden are not disagreeing with each other. They're both getting angry and calling it like it is.

Are you up for it? Check out my 'Take Action' page and practice some dogged persistence!

Email ThisBlogThis!Share to TwitterShare to FacebookShare to Pinterest
Labels: angry-birds, game, james-hansen, NYT, odyssey, survival
Older Posts Home
Subscribe to: Posts (Atom)
Living in the harbour city where the bridge is the 'coathanger' and a blocky new harbourside building was dubbed the 'toaster', I know the power of a visual metaphor.