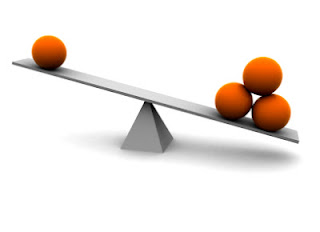 Responsible journalists try to present a range of views on a topic. Called 'balance', this has become accepted practice in mainstream media.

And a good thing too. Without balanced reporting, we would get only single-sided world views. Unfortunately, the principle of balance comes unstuck when lobbyists and extremists dominate the field of available commenters. We have seen anti-vaccination campaigners offering alternate views on vaccination, and we often see deniers offering alternate views on climate change.

This might not matter if the alternate view was clearly labelled 'unsubstantiated personal opinion' or 'industry spokesperson', but that is not usually the case. Most alternative views are presented as having some credibility.

Programs like I can change your mind on Australia's ABC that give equal time to climate change contrarians are accused of false balance because they give unrealistic prominence to discredited views. America's PBS Newshour attracted the same criticism after allowing the extreme right lobby group Heartland to give its point of view in a report.

The phenomenon of media "Balance as Bias" has been thoroughly documented by Max & Jules Boykoff, and others.

So, how should the media address topics like vaccination and climate change where there is, in effect, no credible and informed alternative to the basic science?

Nicole Hashem found a way in this Sydney Morning Herald article, Climate sceptics and sympathisers put heat on Flannery. For the climate contrarian view, she quoted a linedance teacher as saying,


I try not to believe [in climate change] because I don't like to believe the worst.

That works for me. Climate change contrarians who engage in denialism rather than good faith scepticism have as much credibility on the subject as linedancers. 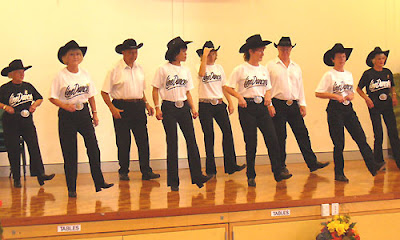 Posted by Unknown at 9:19 AM No comments:

Email ThisBlogThis!Share to TwitterShare to FacebookShare to Pinterest
Labels: balance, denier, false-balance, heartland, linedance, media, scott-denning, tim-flannery
Older Posts Home
Subscribe to: Posts (Atom)
Living in the harbour city where the bridge is the 'coathanger' and a blocky new harbourside building was dubbed the 'toaster', I know the power of a visual metaphor.