Don't ask little of me - you might get it. 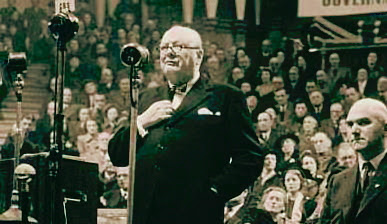 We are a lucky generation – we're living at the dynamic beginning of massive global transformation. It's a time to ask big things of ourselves and of each other – just as Winston Churchill did in a speech to the British people at the beginning of WWII.


We are in the preliminary stage of one of the greatest battles in history. ...  I have nothing to offer but blood, toil, tears and sweat.

Nothing calls the human spirit to effort better than the promise of great difficulty. The comprehensive energy revolution that lies before us is a massive task and this is the critical decade.

This is the decade when Australia needs to make a serious start on a national plan to shift electricity generation from 8% renewables to 100% renewables.

Beyond Zero Emissions, a climate policy think tank, has produced a roadmap that shows how Australia can do this over just 10 years, at a cost of 3% of GDP. The Zero Carbon Australia plan involves approximately 6,400 wind generators (7.5 MW capacity) and nearly 200 Concentrated Solar Thermal (CST) plants spread across Australia's best solar and wind regions. Here's how it looks. 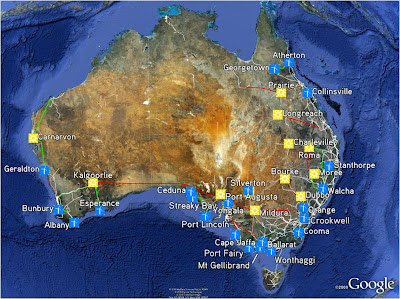 The new CST plants and wind farms would be built in clusters and joined to the national grid that will be enhanced with additional HVAC lines as well as some HVDC lines for longer distances. HVDC power lines lose only 3% of power per 1,000 km.

The focus on two technologies, CST and onshore wind turbines, is a result of several factors.

Australia is not alone in planning continent-wide electricity grids that rely on renewables. Desertec has done similar planning for a grid that encompasses Europe, North Africa and the Middle East. Like Australia, deployment is at an embryonic stage. A CST plant has been commissioned in Tunisia while Saudi Arabia and UAE are rolling out ambitious programs for utility scale solar power. They are positioning themselves for the post-oil era so they can continue to be energy exporters. 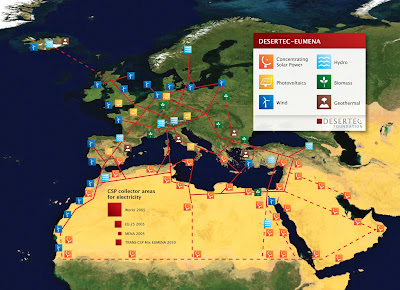 In the US, the National Renewable Energy Laboratory (NREL) report Renewable Electricity Futures Study (RE Futures) demonstrates that the US (lower 48 states) could be 80% renewable by 2050. 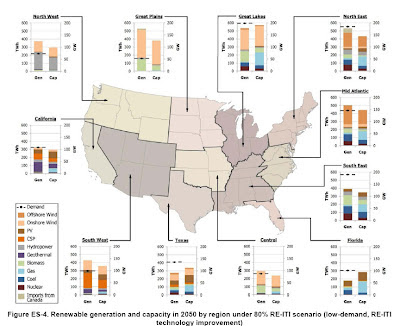 The Australian government is comissioning its own study to show how Australia's electricity could transition to 100% renewables by 2030 or 2050.

So now the thought has been thought, it's hard to unthink it. We are at the beginning of an energy revolution. The transition to 100% renewables will be a battle, tooth and nail, with wealthy and powerful fossil fuel interests. They will oppose every step that reduces markets for their coal, oil and gas.

Churchill was lucky, the European theatre of war in WWII lasted only five years. In contrast, our battle with fossil fuel interests will last for decades. It will take toil, tears and sweat, and even blood. Plenty of blood has been spilt defending oil resources, and it is likely to happen again.

That's why I say we are a lucky generation. We live in times that ask a lot of us. Can we rise to the challenge?


Don't ask little of me, you might get it.

The Transformation tab reports examples of progress towards a low-carbon future. Here are recent snippets.

Email ThisBlogThis!Share to TwitterShare to FacebookShare to Pinterest
Labels: bze, churchill, desertec, electricity, energy, NREL, renewables
Older Posts Home
Subscribe to: Posts (Atom)
Living in the harbour city where the bridge is the 'coathanger' and a blocky new harbourside building was dubbed the 'toaster', I know the power of a visual metaphor.