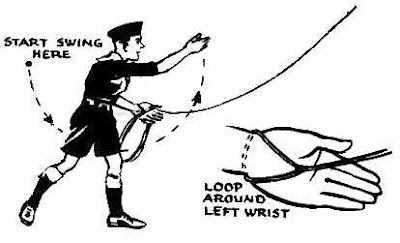 Everyone loses with climate change. Many countries will lose productive farmland to desertification while others will lose lives and infrastructure to extreme storms or flooding. Small Island States will lose the most, because their homelands will be engulfed by rising sea levels.

Low-lying Pacific island nations, such as Kirabati and Tuvalu, and the Maldives in the Indian ocean, are set to disappear altogether when sea levels rise a meter.

We know that someone will have to throw them a lifeline.

New Zealand is the first country to throw a lifeline to its neighbours. Since 2001, a limited quota of citizens of Fiji, Tonga, Kiribati and Tuvalu have been able to enter New Zealand under the Pacific Access Category, effectively as environmental refugees displaced by climate change.

OK, it's a miserable quota which make it more of a gossamer thread than a lifeline, but Australia has been even less forthcoming. When Tuvalu requested immigration assistance for its population of 12,000 to move to Australia, the Australian government said its humanitarian obligations were to people who require ''assistance urgently''.

That's not exactly creative thinking, is it? And far from humanitarian.

These small countries are doing what they can to help themselves. The Maldives has established a sovereign wealth fund, drawn from its tourist revenue, to be used to buy land overseas and finance the relocation of the country's population of 350,000. They also aim to be the first country in the world to be carbon neutral.

But direct action is not all they are doing to help themselves, Small Island States have become a force to be reckoned with in international climate negotiations. At Durban, the Alliance of Small Island States (AOSIS) joined with the EU and Least Developed Countries to play a lead role in forging agreement to  keep the Kyoto process alive.

Going into the Rio Earth Summit, AOSIS argues that the Blue Economy (ocean-based economic life) needs as much attention as the Green Economy.

If these Small Island States are regarded as expendable collatoral damage it will be a loss for all of us. Their plight can be a catalyst for preventative action that would benefit everyone. Afterall, degraded ocean life and rising sea levels will affect most countries, not just the Small Island States.

The lifeline we need is preventative action, not migration quotas that try to deal with the mess.

The Maldives plans to be the world's first carbon neutral nation by 2020. It has set a mandatory target to generate at least 60% of its electricity from solar power by 2020. The latest initiative, funded by Japan, will install 675kW of solar power at schools and other public facilities. Source: PowerEngineering.
Posted by Unknown at 10:53 AM No comments:

Email ThisBlogThis!Share to TwitterShare to FacebookShare to Pinterest
Labels: EU, island-states, lifeline, sea-levels
Older Posts Home
Subscribe to: Posts (Atom)
Living in the harbour city where the bridge is the 'coathanger' and a blocky new harbourside building was dubbed the 'toaster', I know the power of a visual metaphor.