Gas reserves give us enough rope to hang ourselves 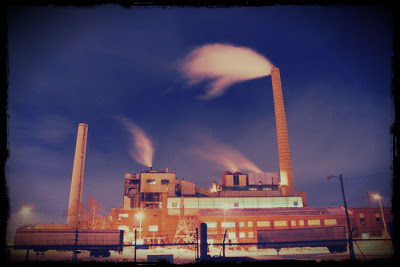 This position comes from politicians practising the art of the possible and throwing the fossil fuel industry a bone.

The art of the possible is modest. It lacks ambition and is hobbled by caution. It won't rouse us to the national effort that is needed for the energy revolution that lies ahead. So it is entirely deserving that the 'gas as transition' strategy has come unstuck in all kinds of ways.

The deep unpopularity of coal seam gas projects in local communities has unleashed a groundswell of local action expressed powerfully in the Lock the Gate campaign.

Another major problem with the 'gas as transition' idea is that emerging evidence shows that gas won't cut the mustard when it comes to reducing carbon emissions.

As the International Energy Agency says,


The high gas scenario shows carbon emissions consistent with a long-term temperature rise of over 3.5°C. A path towards 2°C would still require a greater shift to low-carbon energy sources, increased energy efficiency and deployment of new technologies including carbon capture and storage (CCS), which could reduce emissions from gas-fired plants.

If coal generators are replaced by gas generators that endure for 30-40 years, they will be emitting carbon dioxide for decades to come. This won't meet the timetable required to keep average global temperatures below the 2°C guardrail for a safe climate.

Yet another difficulty is the emerging data that gas is no cleaner than coal when things like fugitive emissions are taken into account.


The major disadvantage of all of these extra (oil and gas) reserves, though, is that they will give us more rope with which to hang ourselves by frying the planet.

If we are to prevent dangerous global warming and keep the planet within the 2°C guardrail for a safe climate, 80% of gas, coal and oil reserves will need to be left alone. They will be stranded assets unless/until carbon capture and sequestration becomes commercially viable.

Be informed. Have a questionning mind. Support the Lock the Gate campaign and the 100% Renewables campaign.

Email ThisBlogThis!Share to TwitterShare to FacebookShare to Pinterest
Labels: coal, gas, jeremy-grantham, lock-th-gate, renewables, rope
Older Posts Home
Subscribe to: Posts (Atom)
Living in the harbour city where the bridge is the 'coathanger' and a blocky new harbourside building was dubbed the 'toaster', I know the power of a visual metaphor.