Thank God the alarm worked, it saved our lives. 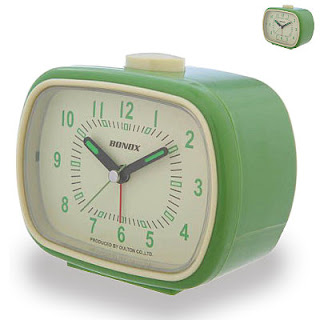 Are you an 'alarmist' and a 'warmist'? That's what climate change deniers call scientists, politicians, activists and anyone in the general public who accepts the evidence for climate change.

When they call everyone who accepts the science an 'alarmist', they try to say that we're like the boy who cried wolf. They want to discredit the warnings made by responsible people who recognise the evidence.

Where they are wrong is that the wolf is very real. Multiple strands of evidence point to the warming planet and the role of greenhouse gas emissions. There is abundant evidence for:

Alarms do much more than wake you up in the morning, though that is useful. Burglar alarms and car alarms protect property and many alarms save lives. Smoke detectors; tsunami warning systems; heart attack alarms;  shark alarms; patient monitoring alarms all save lives by warning against imminent danger.

So next time you're called an 'alarmist', stand tall, point to all the evidence that says climate change is a real threat, and mention that alarms are good things – they save lives.

Posted by Gillian King at 8:28 AM No comments:

Email ThisBlogThis!Share to TwitterShare to FacebookShare to Pinterest
Labels: alarm, alarmist, climate change, CSIRO, denier, warmist, wolf
Older Posts Home
Subscribe to: Posts (Atom)
Living in the harbour city where the bridge is the 'coathanger' and a blocky new harbourside building was dubbed the 'toaster', I know the power of a visual metaphor.