Triage in the planetary ER

In the planetary ER, the walking wounded and stretcher cases are trickling in. The trickle is likely to turn into a flood as the planet continues to warm. Which problems need our immediate attention? Let's ask the triage nurse. 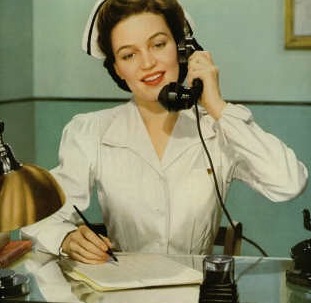 Here are the coral reefs damaged by the increasing PH of oceans as they absorb more CO2. And here are the small island states that are affected by rising sea levels. Coming through the door are the millions affected by extreme weather events (12 extreme weather events in the US in 2010 had an estimated $57bn damage while 70,000 people died in the 2003 heatwave in Europe). Here are the threatened species and here is the compromised maple syrup industry. And here is the thawing permafrost that is releasing methane into the atmosphere making matters worse.

The ER nurse would probably ask the maple syrup industry to take a seat while the doctors attend to poor old permafrost who needs to lie down in a cool dark room, or extreme events who is having a temper fit and needs restraint.

It's likely that maple syrup producers in zones that become too warm will be collateral damage. Maybe they can close up shop and then sue the government for damages for failing to reduce greenhouse gas emissions decades ago.

Erika Spanger-Siegfried, a senior analyst in the Climate & Energy program at UCS, used the triage metaphor in this blog post.

Posted by Gillian King at 10:31 AM No comments:

Email ThisBlogThis!Share to TwitterShare to FacebookShare to Pinterest
Labels: ER, nurse, triage
Older Posts Home
Subscribe to: Posts (Atom)
Living in the harbour city where the bridge is the 'coathanger' and a blocky new harbourside building was dubbed the 'toaster', I know the power of a visual metaphor.