Oxygen tanks help to make sense of the world 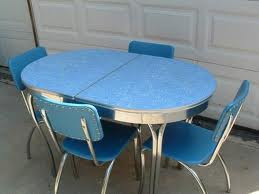 Last week my two daughters visited their 'Little Nana' in hospital. She is 92 years old and was recovering from a broken ankle. She doesn't always remember who they are, but they wanted to see her. They have lots of happy memories of childhood meals at her old kitchen table.

After some hellos and questions, they fell to chatting with each other. They got to talking about the weather and climate and Australian politics. After a few minutes, they realised that the woman in the next bed had joined their conversation and was listening with interest.

There was a pause in the conversation and the woman commented that she wasn't sure that the climate was really changing. My older daughter, Claire, smiled and said that there was a lot of evidence that temperatures were getting hotter and America was having record heatwaves right now.

They talked a bit more, and then the woman said,

"But how do they know how much carbon dioxide is in the air? I'm not sure they can measure that."

Claire is not a scientist and she didn't know how CO2 is measured, just that a lot of smart people have figured it out.

"I'm not sure how they measure it either, but the scientists are pretty smart," said Claire.

Then her younger sister, Lizzy, spoke up, "See that oxygen cylinder? That's pure oxygen that they put in the cylinders, so they must have a way to measure and separate the oxygen from other gases. So I guess if they can do that with oxygen, they must do that, or something similar, to measure carbon dioxide.''

The woman looked thoughtful and sounded a bit forlorn, "Maybe it really is getting hotter."

Back home, my daughters talked about their visit to their 'Little Nana' and they were pleased to recount their conversation with the woman in the next bed. They were particularly pleased by the serendiptity of the oxygen tank that allowed them to explain that scientists must know how to measure carbon dioxide in the atmosphere.

Truth be told, most of us don't have a clue about the amazing things scientists have worked out. We don't understand the fine detail of most medical treatment, but we're happy to benefit from it.

Kudos to Nathan Clark for the oxygen tank idea.

Those of you with a more technical interest can check out how the Earth System Research Laboratory measures CO2 in the atmosphere using infrared radiation.

The Transformation page on this blog showcases examples of progress on addressing climate change. Here's the latest.

Posted by Gillian King at 8:39 AM No comments:

Email ThisBlogThis!Share to TwitterShare to FacebookShare to Pinterest
Labels: CO2, hospital, medicine, oxygen
Older Posts Home
Subscribe to: Posts (Atom)
Living in the harbour city where the bridge is the 'coathanger' and a blocky new harbourside building was dubbed the 'toaster', I know the power of a visual metaphor.