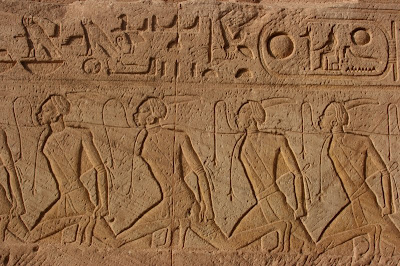 You thought slavery was long gone? Well, not quite. When the energy used to sustain our lifestyles is converted to human power we find that the average American has 204 slaves, and even those egalitarian Australians have 130 each.

We don't notice our slaves and we sleep with easy consciences because our slaves are not human, they are 'energy slaves'—a term coined by American energy philosopher, Buckminster Fuller, in 1944.

The purpose behind the ‘energy slave’ concept is to understand how much human labour would be required to sustain a certain action, lifestyle, or culture in the absence of the highly concentrated fossil-­fuel energies available today.

For example, it would take 11 energy slaves peddling madly simply to power an ordinary toaster. In the absence of fossil fuels, the global economy in its entirety would need approximately 66 billion ‘energy slaves’ to sustain itself in its current form.

This makes us take a second look at our energy consumption and ask how sustainable it is. When coal, oil and gas are stranded assets, will human power replace some of the energy they produced for us? How well are we prepared for this? Will we cut back our overall energy consumption so we need less energy/fewer energy slaves, and will we have enough renewable energy in place so we don't have to default to human power for everything?

To illustrate energy slavery at work, the BBC program The Human Power Station powered a family home for a day entirely on bicycle power, using a rotating band of 100 cyclists to provide the energy.

Here is a wonderful 3-minute clip showing the mighty effort made by 80 cyclists to provide enough power while Dad took a shower.

The producers found that one of the biggest problems was feeding the cyclists. It appeared that you would use more energy feeding them than the energy they produced. Also, many of the cyclists were so exhausted that they were unable to walk for days.

If this was your household, you'd have a major incentive to use less power! Maybe you'd look at communities that live without electricity to find how they do it. Although the Amish use oil for tractors, they don't use electricity in their homes. Does our future hold a return to more human-powered work? 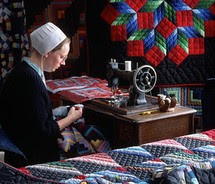 If you'd like to watch the whole The Human Power Station program (1 hour) it is here.

Here's the latest news on the Transformation tab.

In Europe, coal's share of electricity generation has declined from 39% to 26% over the past 20 years. Of the 120 coal fired power plants proposed in Europe in 2007, none have been brought to the construction stage. In 2011, clean energy accounted for 71% of the new electricity capacity in the European Union, while another 22% was natural gas-fired generation.  Source: Compass.
Posted by Unknown at 9:10 AM 2 comments:

Email ThisBlogThis!Share to TwitterShare to FacebookShare to Pinterest
Labels: energy, slave
Older Posts Home
Subscribe to: Posts (Atom)
Living in the harbour city where the bridge is the 'coathanger' and a blocky new harbourside building was dubbed the 'toaster', I know the power of a visual metaphor.