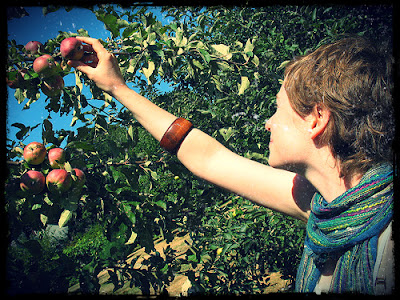 Non-carbon dioxide pollutants are the low hanging fruit of the climate fix. Carbon dioxide is the big baddy because it stays in the atmosphere for hundreds of years, but other greenhouse gases contribute 40% of the warming effect, and some of them are easy targets.

They include factory-made hydrofluorocarbons (HFCs), used as refrigerants and to make insulating foams; methane that leaks from landfills and oil and gas production, including fracking; and black carbon soot from dirty diesels, brick kilns, coke ovens, and wood and dung cooking fires still used by nearly half of the world.

See the blue band showing 10.2% bioenergy in this graph? Most (60%) of it is wood and dung used for cooking by the poorest of the poor.

Because these non-CO2 climate pollutants wash out of the atmosphere in a matter of days to a decade and a half when you stop emitting them, almost all of the heat they are trapping disappears quickly, along with their impacts. Reducing or eliminating them would show quick results, and wouldn't that be inspiring!

Like many pollutants, these greenhouse gases cause other problems. Reducing black carbon, including from cooking fires, would save many millions of lives a year, mostly women and children. Reducing methane improves crop yields and protects forests.

HCFs can be elimintated using the Montreal Protocol which has already eliminated nearly 100 chemicals just like HFCs, and never fails to do its job. It could ensure that only HFCs with very low climate impact are manufactured. Phasing out HFCs is the single biggest climate prize available in the next few years.

On the international stage, governments are forming alliances to legislate for the removal of these harmful greenhouse gases. At the individual level, NGOs are running programs like The Himalayan Stove Project that help the world's poorest people replace smokey and polluting cooking methods with healthier alternatives. It's only with the help of the richer half of the world that the poorest 1 billion people can improve their own lives and reduce greenhouse emissions.

Non-carbon greenhouse gases are the low hanging fruit of climate fixes. Let's support these initiatives at the policy level and at the individual level.

Source: Durwood Zaelke and Andrew Light at The Hill.
Posted by Gillian King at 10:25 AM 1 comment:

Email ThisBlogThis!Share to TwitterShare to FacebookShare to Pinterest
Labels: carbon-soot, fruit, HFCs
Older Posts Home
Subscribe to: Posts (Atom)
Living in the harbour city where the bridge is the 'coathanger' and a blocky new harbourside building was dubbed the 'toaster', I know the power of a visual metaphor.