The castle walls are breached 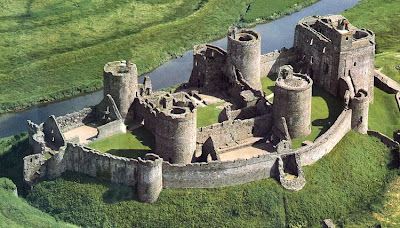 The defensive walls of the Denier citadel were breached today by Richard Muller's announcement that he is no longer sceptical about climate science.


Call me a converted skeptic. Three years ago I identified problems in previous climate studies that, in my mind, threw doubt on the very existence of global warming. Last year, following an intensive research effort involving a dozen scientists, I concluded that global warming was real and that the prior estimates of the rate of warming were correct. I’m now going a step further: Humans are almost entirely the cause.

This particular 'road to Damascus' moment carries weight because Muller was outspoken in his criticism of aspects of the temperature record and he attracted significant funding from the Koch brothers (fossil fuel billionaires who fund climate change deniers). Arch-denier Anthony Watts took the extreme step of cancelling his vacation and imposing a three-day silence on his blog in readiness for the BIG announcement. Perhaps he was preparing his next line of defence, or gathering forces for a new defensive position. He has already reneged once on his commitment to accept Muller's findings. This latest announcement backs him into an even smaller corner.

To many who work in the field, Muller's latest announcement merely brings him up to date with where the science was in the mid 1990s.


At this rate, Muller should be caught up to the current state of climate science within a matter of a few years!

This  event has me thinking of those wonderful defensive structures - the medieval castles of Europe and the Middle East.

Kidwelly Castle, Carmarthenshire, Dyfed, Wales, is a great example. Like most castles, it was constructed in a location with natural defences. Kidwelly was originally a timber castle built by the Normans about 1100 on a prominent ridge overlooking the river Gwendraeth.

Over the centuries it was rebuilt in stone and embelished with new defensive features. 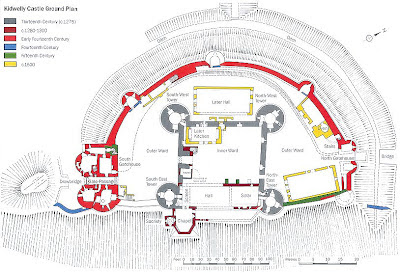 For more than 400 years Kidwelly Castle provided a safe place for citizens to retreat when attacked and  housed garrison forces that could sally forth to attack mauraders and fight rivals. Its river, moat, steep berm leading to castle walls, towers, gates, parapets and other defensive features made it relevant and effective.

If an outer defence was breached, the defenders moved back to the next line of defence. If it came to the worst, defenders could withdraw to a single tower where they could hold out in the hope that relief forces would come to their aid.

Climate change deniers have the same approach to defending the Denier citadel. Here are the defensive lines around the citadel.
As each defense is breached, some of the defenders have their 'road to Damascus' moment and become advocates for action. Others fall back to the next line of defence. A few lost souls remain forever in No Mans Land crying in the wind, "It's not warming!" and "Look! It's a squirrel!"

UPDATE: Anthony Watts's response to the Muller announcement was, "Look! It's a squirrel!" Maybe he thinks that's a useful tactic at any of the the defence lines - the berm, the moat, the outer and inner walls. Maybe he will still be shouting "It's a squirrell!" when the last defenders are holed up in the last tower. Or maybe he has joined the lost souls in No Mans Land, crying out for relevance.

Bangladesh is installing nearly one thousand domestic solar systems every day. Over nearly two decades Grameen Shakti has set up a rural network to supply and maintain small solar systems that are affordable. By the end of 2012 it will have installed a total of one million solar systems and has expansion plans to install five million systems by 2015. Source: RenewEnergy.
Posted by Gillian King at 5:09 PM