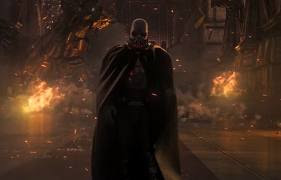 The men from Koch — and the groups, politicians, and  disinformation they fund — are now the Sith Lords of climate and clean energy inaction in the country.

It is no coincidence that countries with large mining sectors have the lowest levels of public support for the transition to a low-carbon economy. Renewables have been implemented most strongly by European countries with limited fossil fuel reserves and small mining industries. As a result, they have no home-grown propaganda industry to restrain investment in renewables.

Public opinion in the U.S., Canada and Australia has been strongly influenced by propaganda campaigns and misinformation as well as fear mongering and lobbying by the mining sector.

These miners protect their own interests at the expense of the wider community and the whole ecosphere. As well as direct political ads and lobbying, miners regularly fund climate change deniers and support their attack campaigns.

Little wonder that Joe Romm calls corporate deniers the Sith Lords. In Star Wars mythology, the Sith Lords represent the dark side – the forces of destruction, division, selfishness, and chaos.

Email ThisBlogThis!Share to TwitterShare to FacebookShare to Pinterest
Labels: dark side, deniers, fossil fuel, mining, sith, star wars
Older Posts Home
Subscribe to: Posts (Atom)
Living in the harbour city where the bridge is the 'coathanger' and a blocky new harbourside building was dubbed the 'toaster', I know the power of a visual metaphor.