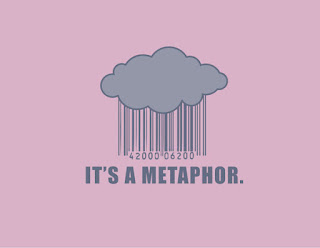 Now that the US is suffering unprecedented extreme weather events, including heatwaves, drought, wildfires, storms and floods, their mainstream media is paying attention to climate change.

It helps that NOAA just released an important new report that shows the connection between specific extreme weather events and climate change.

ClimateProgress reports that all mainstream media have reported the connection between extreme weather and climate change.

Bill Blakemore on the American ABC News website gives journalists a lesson in how to talk about the link between climate change and extreme weather. He uses three metaphors that have the stamp of approval from real scientists.

The Parable of the Pot. He uses a pot of boiling water to illustrate that turning up the heat results in more bubbles in the water. Scientists won't say that any particular new bubble is caused by turning the heat up, but they will say that the probability of more bubbles is increased when you turn up the heat.

Baseball Player on Steroids. This short animation shows that when a baseball player takes steroids his run rate is higher (featured earlier on this blog here). You can't say that any individual run is due to the steroids, but the player gets higher run totals due to the steroids. They ban steroids to prevent this. In the same way, we need to reduce greenhouse gas emissions to prevent extreme weather events.

Loaded Dice. This analogy shows that climate change increases the odds of extreme weather events. It has been used consistently since 1988 when James Hansen took two painted dice to his presentation to Congress. We featured it earlier on Thisness of a That, here.

Blakemore offers a phrase that everyone can use to describe the link between climate change and extreme weather events without using the 'cause' word,


In contrast, Dan Lashey from the National Resource Defence Council argues that we can come right out and say: Carbon pollution causes extreme weather. He notes that cigarette packs no longer say tobacco 'may cause harm', they say: Smoking causes lung cancer.

If newspapers can report that 40 people died because of a heatwave, I don't see why they can't report that an extreme weather event was caused by global warming (or climate change or carbon emissions).

We can expect to see more variations on these statements as mainstream media tackles the task of connecting the dots between climate change and weather.

UPDATE: Paul Krugman uses the Loaded Dice analogy in this piece in the New York Times where he concludes:


... large-scale damage from climate change is no longer a disaster waiting to happen. It’s happening now.

Email ThisBlogThis!Share to TwitterShare to FacebookShare to Pinterest
Labels: climate change, extreme weather, metaphor
Older Posts Home
Subscribe to: Posts (Atom)
Living in the harbour city where the bridge is the 'coathanger' and a blocky new harbourside building was dubbed the 'toaster', I know the power of a visual metaphor.