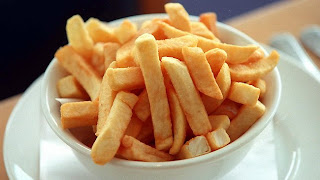 “Three years ago, we thought wind and solar would be cheap as chips, and they’ve even gone below that,” said Michael Liebreich, chief executive officer of Bloomberg New Energy Finance.

The plummeting price of renewable energy has bankrupted more than two dozen wind and solar manufacturers, but BNEF analysts say these lower prices could lead to a tripling of investment in the sector over the next 17 years. The collapse of companies appears to be little more than natural attrition in a fast-evolving industry with an extremely bright future.

This is comparable with the car industry where just a handful of major players emerged from the hundreds of small companies that started up from the 1880s onwards.

While suppliers are suffering from falling prices, those lower prices are making more projects profitable to develop and advancing the day when renewables can rival coal and oil on cost.

Bloomberg New Energy Finance predicts that renewables will account for half of all generation capacity by 2030. They predict that much of the future market growth will be driven by low-cost attractiveness rather than by the government subsidies that have supported renewables markets so far. As costs fall, countries are paring back subsidies.

Carbon trading in the Regional Greenhouse Gas Initiative (RGGI), involving nine states in the U.S. Northeast, has produced $1.6 billion in economic value added to the region. They have been so successful at reducing emissions that they plan to tighten the cap.

Posted by Gillian King at 3:19 PM No comments:

Now you see it, now you don't

When the stage magician makes the bird appear the audience gasps because he has conjured a bird where there was no bird before.

In the same way, a new carbon tax evokes gasps of shock as opponents complain that it is a new expense that didn't exist before.

Carbon taxes don't magically add new costs, they reveal the costs that already exist. With these costs out in the light, there's a better chance that they'll be contained so we can avoid the worst damage from dangerous climate change.

Consumer goods manufacturing giant Procter & Gamble is now sending zero waste to landfill at 45 of its sites across the globe. Procter & Gamble says less than 1% of its waste currently goes to landfill worldwide. The company has reduced the amount of waste it produces by 68% since 2008. It aims to achieve zero waste at all sites.
Posted by Gillian King at 7:19 PM No comments:

Email ThisBlogThis!Share to TwitterShare to FacebookShare to Pinterest
Labels: carbon-price, cost, magician
Newer Posts Older Posts Home
Subscribe to: Posts (Atom)
Living in the harbour city where the bridge is the 'coathanger' and a blocky new harbourside building was dubbed the 'toaster', I know the power of a visual metaphor.